How to Accurately Measure Your Body Fat Percentage at Home

We talk a lot about ‘losing weight’ but in fact losing weight is bad if a lot of what we’re losing is muscle mass. What we really want to do is lose fat and keep the muscle. But how much of our body is fat? We need to know our body fat percentage. Some gyms and nutrition experts offer body fat percentage analyses done by a professional using expensive calipers, but these have a cost associated and pros who really know what they’re doing are hard to find. Many gyms have electrical resistance body fat measuring machines (also called “Bioelectrical Impedance”), but these are grossly inaccurate.

BIA devices are measuring the resistance to a tiny electrical current which the machine shoots through your body. You may have seen the ones with two ‘footprints’ you stand on with your bare feet? Lots of gyms have them but these are the worst and so inaccurate you might as well guess. They send current up one leg and down the other, entirely missing your torso. If you tend to carry more fat on your torso than in your legs, it will be way off. There are a number of other, more technical reasons why this method doesn’t work but this article isn’t about that, so let’s get on to how to get an accurate measure at home.

There are two primary methods for doing this. The first is to simply look at yourself naked in the mirror and compare (be honest now!) what you see to any of a number of images you can find online that will give you a pretty good ballpark. Just google ‘body fat percentage images’ and you’ll find a number to choose from. The better ones will have images for both males and females. While the second method I’m going to discuss is more accurate, later in this article I’ll talk about why the mirror method is my personal favorite.

Note that if your body fat is higher than 40% an accurate measure at home is pretty much impossible. Even the mirror method mentioned above won’t really get you in the ballpark. The problem here is that there’s so much fat it’s difficult to tell what your natural frame is. Two people could look the same in the mirror, but one has 20% more organ, bone and muscle tissue than the other, so they could have very different body fat percentages.

You can measure your body fat if you’re in this category, but really the only way to do it is with an immersion test (hydrostatic weighing), which usually involves an expensive visit to a university or medical center. In this method your entire body is immersed in water, the displacement is measured to determine your body volume and the entire tank is weighed before and after your immersion. Because fat-free mass (bone, muscle, organs) is heavier than water but fat is lighter, by knowing the volume and weight differential they can calculate body density and from this come up with a pretty accurate measure of how much fat is on your body.

The second at-home method is to purchase a cheap pair of plastic calipers online. You can get one for a few bucks on Amazon. It’s OK if the measure you get from these isn’t completely accurate because unless you’re a competitive bodybuilder the actual number doesn’t really matter. What we want to do is measure progress over time, and be able to calculate how much fat we’re losing vs. muscle. As long as the body fat percentage is going down, and most if not all of the weight we’re losing is fat, then we’re winning! If you want to splurge on a better set go ahead. The numbers you’ll get back will be consistently more accurate but it’s still going to be a ballpark. Also note that if you can pinch more than about 10 cm calipers won’t work.

You also need to know how to use them as you can’t just measure your middle. You need to take measurements from a number of different spots on your body and for some of these you’ll need a friend to help, as you won’t be able to reach them on your own. I’m not going to cover the exact method, as again, there are plenty of instructions to be had online on how to do this properly. I just want you to understand that you can’t just use one site and that the calipers don’t actually measure your body fat percentage. You have to do some math for that, and the online instructions you find will cover that for you. There’s a good basic guide here: https://www.wikihow.com/Use-Body-Fat-Calipers

Either the calipers or the mirror will get you a number you can start from. Retest about once a month to see how you’re doing and don’t get discouraged. If you fail to make progress, that just means you need to make further adjustments to your diet and exercise routine. Be persistent and sooner or later you’re going to be able to look at your calculations and see that you’re reducing your body fat percentage. If you’re also preserving your muscle mass, then you’ve got it licked. Keep going until you’ve got the body you want. Also, don’t make the mistake of testing too often. Subcutaneous water (water under the skin) is pretty much indistinguishable from fat and this can fluctuate a lot in a very short period of time, so if you measure too often you might just be measuring water.

Earlier in this article, I said I would talk about why the mirror method is my favorite, even though calipers are more accurate. The reason is simple. While we are losing weight for our health, let’s be honest, we’re mostly doing it to improve how we look. If that’s what we’re after then the best measure is what we see in the mirror. If you want to really be able to track progress over time this way, take photos instead. Then you can line them up after a few months and really see your progress. 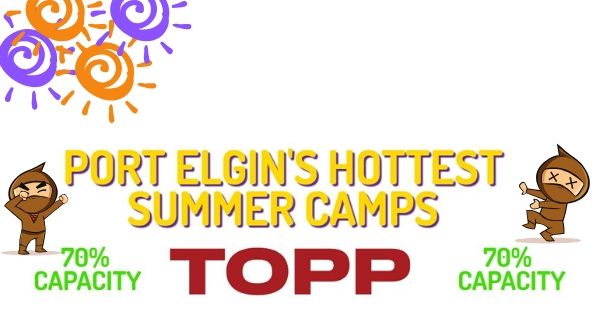